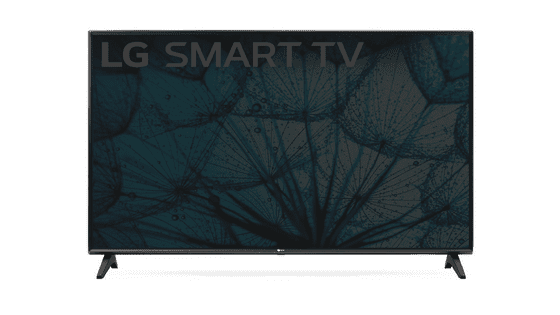 So your LG TV has a black screen – the backlight is on, but there’s no picture. The LG TV black screen of death is incredibly frustrating, especially when it happens on a brand new TV.

If your LG TV has a black screen, you need to reset it. Unplug your TV and wait a full 60 seconds. While the TV is unplugged, press and hold the power button for 30 seconds. After the 60 seconds are up, plug your LG TV back in and it should work.

Again, while this fix sounds obvious, unplugging your LG TV from the wall socket (power-cycling) is the most common way to fix the black screen issue you’re experiencing.

While this fix should work for about 90% of cases, the remaining 10% can be a bit trickier. If your LG TV still has a black screen, try the fixes detailed below.

If power cycling your LG TV didn’t do the trick, then the very next thing you should check are your HDMI connections.

With the rise in popularity of HDMI streaming devices like Roku and Firestick, more and more LG TV owners are reporting the black screen of death.

Then grab your LG TV remote (NOT your Roku or Firestick remote, if you’re using those) and click SOURCE (or INPUT). You’ll likely need to toggle this several times until you find the corresponding input on your TV

LG TVs often have multiple ports, sometimes up to four! Use a different port and see if you get the picture back.

If your LG TV is on (the power light is green and you hear audio), but there’s no picture on the screen, it’s likely because one of the LED power strips on the backlight is faulty.

NOTE: while some of a TV’s components are easy and cheap to replace on your own, disassembling a TV will likely void the warranty. If your TV is still under warranty, I suggest contacting LG for further assistance.

Below I’ll cover some of the components that are most likely to cause a black screen.

If you don’t want to take on the project, you could use a LG technician or TV repair store to do it for you, although it will cost more.

In the case where you don’t see any image, even with a light shining directly onto the screen, it’s likely the T-CON board on your LG TV is broken.

If you tried all the troubleshooting steps above and your LG TV screen is still black, you should contact the LG TV support team directly.

You can also try using their Text Message support or Live Agent chat.

This is always a last-ditch effort, but you should check if you have an active warranty on your TV.

After you describe what the issue is and LG makes their determination of whether or not it is covered under warranty, they will either repair or replace your TV.

They even offer in-home services if this ends up being covered under your warranty. It’s worth a shot!

If your LG TV has a black screen, don’t panic, there are several proven fixes you can try to get things back up and running:

Hopefully one of these fixes worked for you. Were you able to fix the black screen of death on your LG TV? If so, let me know how in the comments below!