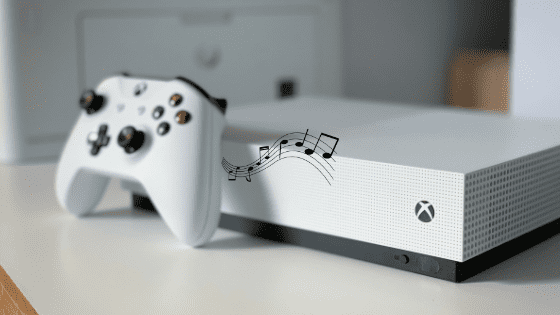 Dealing with an Xbox One that beeps but won’t turn on is extremely frustrating. Unfortunately it is a very common issue a lot of people deal with at one point or another. Luckily, there are several, proven fixes you can try.

Power cycle and soft reset your Xbox One

The easiest and most common fix for an Xbox One that beeps but won’t turn on is a soft reset, power cycle or a combination of the two.

Make sure you perform the soft reset first, as this process will drain your console completely of all stored power.

Try a soft reset on your console to release built up power from the internal components.

This will not affect your stored games or apps, so you won’t have to worry about re-downloading or installing anything afterwards.

To soft reset your Xbox One:

If the soft reset did not work, move directly to a power cycle. Once again, your games and other apps will not be affected by this process.

To power cycle your Xbox One:

If the previous soft reset and power cycle options did not work for you, there are some other reset options you can attempt using various combinations of buttons directly on the console.

The internal software is likely caught in a loop which requires an input to help break it. Pressing certain buttons can help do just that and get your console working agian.

This solution requires pressing three buttons together, and is normally used to help reset the internal software to break a continuous loop.

It can be used often if you run into issues and will also not affect your stored games or apps.

This solution has been a common fix on various Xbox public forums.

It may seem unusual, but it has helped reset the internal software and get the Xbox back on track for a large number of people.

You do not need to have a disc in the tray when you attempt this option.

The purpose is to force the software to focus on a new task such as ejecting the disc tray. You may opt to try simply putting a new disc in.

This may be enough to break the software loop and get the components to focus on a new task, which is reading the disc you just inserted.

Common reasons for Xbox One not turning on

There may be a variety of reasons your Xbox One is not turning on but is beeping. Each issue has its own unique solution, and some solutions are much easier and less expensive than others.

Your Xbox console may be beeping and not turning on due to overheating. This can be a common issue if you leave your console on for a majority of the time, or if ventilation is blocked from dust.

If the Xbox has been on for an extended period of time, turning it off for 30 minutes or longer will give the internal components and power brick time to cool down.

This short break will allow the temperature of the unit to lower and prevent future issues.

If the vents on the console are blocked by dust, you can use compressed air or gentle brush to dislodge and remove the dust build up. This will allow more airflow and help prevent overheating in the future.

Your Xbox may be beeping but not turning on due to a faulty power supply.

This can either be the cord itself, or the power brick. Over time, the power draw of the console may be putting strain on an aging power brick causing the console to beep but not get enough power to fully turn on.

This is normally a situation where replacing the cable and power brick are your best option. Luckily, there are a variety of aftermarket Xbox power supplies you can find on Amazon or directly from Xbox.

You can opt to replace the cable and brick together, or start with replacing just one before moving on to the second.

This built-in component is a vital part of the console but can sometimes overheat and become faulty.

While this component can be replaced, it is unfortunately a rather expensive repair and will need to be done by an experienced technician.

In most cases, for older Xbox models it is more cost effective to buy a different console instead.

Moisture and electronic devices never mix. The internal components of an Xbox such as the motherboard may at times build up moisture due to an issue with the internal liquid cooling system, or condensation build up due to temperature changes.

This happens if the Xbox is stored in a cold room then turned on, or if the room the console is used in is unusually humid.

Regardless of how it happened, moisture on a motherboard can cause a wide range of issues from refusing to turn on entirely, to beeping but not turning on.

Additionally, moisture on a motherboard can lead to sparking and short circuits if it is severe enough.

There are a variety of ways to help dry out your console including:

If you’re simply unable to get your Xbox One to turn on again, it may be time to buy a new one.

In that case, consider going all digital with the smallest Xbox ever, the Xbox Series S!

If you are struggling with getting your Xbox One to turn on, be sure to try the above troubleshooting solutions before moving into professional repair or replacement.

The first option you should try is a soft reset and/or power cycle. Both of these have a high chance of working to get your Xbox to power up fully.

The next easiest option is to reset the internal software by pressing and holding certain console buttons for a short amount of time.

If that doesn’t work, you should try replacing the power brick, cleaning out the ventilation grate to ensure proper cooling, and checking for moisture on the motherboard.

Unfortunately if none of the solutions included here worked for you, your last option may be to repair or replace the console itself.

What did you do to fix your Xbox One? Let me know in the comments section below!