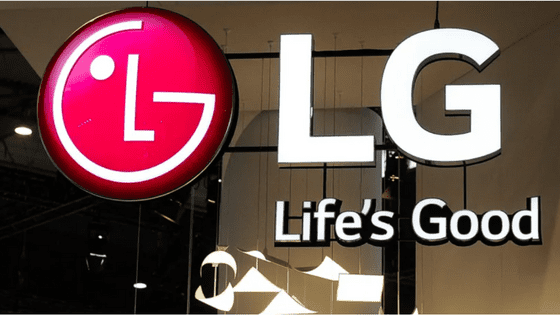 When you think of LG, you probably think of quality electronics, and their slogan “Life’s Good”. But that’s not actually what the “LG” initials stand for.

To understand what LG really stands for, you have to go all the way back to 1958, and the merger of Rak-Hui (Lucky) Chemical Industrial Corp. with GoldStar Co…

What Does LG Stand For?

LG stands for “Lucky-Goldstar”, not “Life’s Good”. Rak-Hui (Lucky) Chemical and GoldStar merged in 1958 to become Lucky-Goldstar, which would later rebrand to “LG” in 1995. “Life’s Good” is LG’s slogan, developed by the Australian branch of LG and then adopted globally. It represents LG’s goal of making life easier with people-friendly technology.

History of the Lucky-Goldstar merger

LG is what’s known as a “chaebol” – a large industrial South Korean conglomerate run and controlled by an individual or family (another well known example of a chaebol is Samsung Group).

In this case, LG is run by a family – the Koo Family.

It was originally started as as a chemical company, Lak Hui (Lucky) Chemical Industrial Corp. in 1947 by Koo In-hwoi. It’s primary market was cosmetics.

Koo In-hwoi led the corporation until he passed away in 1969. His son, Koo Cha-kyung soon took over and both companies Lucky and GoldStar merged to form Lucky-Goldstar in 1983.

Koo Cha-kyung ultimately passed and leadership was handed off to his son, Koo Bon-moo, in 1995. It was Koo Bon-moo who renamed the company to “LG” that same year.

History of the the “Life’s Good” slogan

When Koo Bon-moo took over in 1995, he felt it was time for a change. His goal was to establish LG as a reliable, and high quality brand.

The first step was to get rid of the “Lucky-Goldstar” name and re-launch it as “LG”. But this was only the beginning – LG products actually had to be improved.

LG would succeed massively in doing this over time – in June 2022, Consumer Reports rated LG home appliances as the most reliable in the U.S. consumer market.

But while improvements come slowly (design and manufacturing improvements are challenging), perceptions can be changed more easily.

That’s were the “Life’s Good” slogan comes into the picture.

The marketing team of the Australian branch of LG originally came up with the slogan in an effort to conquer the local market.

It was such a big success that LG corp has since adopted it as its permanent, global tagline. In many consumers’ minds “Life’s Good” is synonymous with LG.

LG actually stands for Lucky-GoldStar. This is a nod to the two original companies that merged in 1958 — Rak-Hui (pronounced ‘Lucky’) Chemical Industrial Corp and GoldStar Co. Ltd.

It wasn’t until 1995 that Lucky-GoldStar was renamed “LG” in an effort to rebrand the company as reliable and high quality.

The ‘Life’s Good’ slogan was dreamed up by the Australian LG marketing team for their local market back in the day. It was so popular that it ended up being adopted by LG globally.

Today, in many consumers minds, “Life’s Good” is synonymous with LG.